Evolution of Pilates Training in the 21st Century

Pilates developed his fitness techniques as a result of what he himself experienced while growing up in Germany near the end of the 19th Century. At that time, many practitioners used specially invented apparatuses and claimed that what they offered could cure illness. As you've seen in Pilates' own writings, he quite strongly sided with this fundamental concept, although he also disagreed strongly with the specifics that others offered.

Pilates' first generation of students in New York, many of whom were dancers and choreographers, subsequently opened their own studios. They continued teaching Pilates' method with their own personal stamp; most became legends in the 20th Century, such as Romana Kryzanowska, Joe Grimes, Eve Gentry, and Ron Fletcher. More recent students of Pilates' methodologies, such as Moira Stott (now Stott-Merrithew) in Canada, Joan Breibart and Elizabeth Larkam in the US, have begun an irreversible evolutionary trend in the 21st Century world of Pilates' instruction.

Pilates' original exercise systems focused on core strengthening with simultaneous spinal and limb stretching. STOTT PILATES aims in the 21st Century to offer a more progressive form of exercise, incorporating modern awareness of the body and the more recent discoveries in exercise science and spinal rehabilitation. Stott's trainings have evolved to include more pelvic and shoulder girdle stabilization exercises, as well as emphasis on more anatomical concepts of neutral spine and pelvis. Moira herself studied and apprenticed with Romana Kryzanowska at the New York studio founded by Joseph Pilates.

Joan Breibart co-founded The Institute for the Pilates Method in Santa Fe, New Mexico in 1991, along with Michele Larsson and Eve Gentry. Although initially conceived of as an organization that would offer instructor training in Pilates' methods, it has since become quite innovative in expanding Pilates' methods with their own. Chapters 6 and 7 of this Part III focus on Standing Pilates and Circular Pilates, two of Joan's primary evolutionary focuses. After moving her organization to New York City, and renaming it the PhysicalMind Institute, her organization continues to train thousands of current Pilates' instructors. Along with many others, she continues to enhance Pilates' work with modern awareness of biomechanical issues during vertical and horizontal exercises.

Elizabeth Larkam is a recognized innovator and developer of Pilates-based protocols for orthopedic, spinal and chronic pain diagnosis and treatment. She began her study of Pilates' techniques in 1985 while teaching dance at Stanford University and was another student of first generation Pilates' teachers Ron Fletcher, Eve Gentry and Romana Kryzanowska. A co-founder of Polestar Pilates Education, Elizabeth is a Master Teacher with Balanced Body University conducting courses throughout North America, Europe and Asia. Since 1992, Elizabeth has created dozens of instructional DVDs for fitness, therapeutic, education and home markets.

Another Master Teacher in Balanced Body University's programs is Madeline Black. Having worked with some of the greats in the Pilates and dance world --- Romana Kryzanowska, Eve Gentry, Marika Molnar and Irene Dowd --- she has herself become one of the 21st Century leaders in extending Joseph Pilates' legacy through her own innovative studies of movement. She specializes in integrating concepts and techniques, and evolving new methodologies and approaches, from Pilates, Gyrotonics, yoga and other movement systems. The authors of this very book are very pleased to have received our certifications in Pilates from Madeline Black in 1993 when she was teaching for Joan Breibart's PhysicalMind Institute at her own San Francisco Studio M location (now in Sonoma County).

Elizabeth Larkam and Madeline Black are only two of the notable list of 21st Century stars in the evolutionary development of Pilates' based fitness education. Both of these women are Mentors in the Passing the Torch Program created by Balanced Body and themselves coach advanced teachers and trainers in the Pilates industry. As program director of Balanced Body Pilates in Sacramento, California, Elizabeth developed instructional videos for their equipment, both large and small. Although the other notables mentioned above also work with companies that produce noteworthy Pilates' equipment, props, and training materials, Balanced Body deserves a special mention here, and not only because we ourselves have used and taught with Balanced Body equipment.

On October 19, 2000, Balanced Body and its founder/owner Ken Endelman won a U.S. Federal trademark lawsuit. Ken and his company were both sued by Sean Gallagher for trademark infringement, because Gallagher had purchased the trademark in 1992 and Ken among others was building and selling Pilates' inspired equipment. In short, the result of that lawsuit was that Pilates, like other generic fitness names such as karate or yoga, would no longer qualify for trademark infringement protection. Anyone from that moment on could use the name Pilates for the creation and offering of exercise services or equipment.

Romana Kryzanowska would correct interviewers when they asked her about Pilates' "machines". A "machine" does something to you, she would say, whereas with a Pilates' "apparatus", you are yourself guided to do the work and train your body. As you know, Pilate's original 34 mat exercises made no use of any apparatus or prop. Romana noted that if "you can do the mat work perfectly, you don't need the apparatus. But people love toys." As instructors, we have to agree, but they are more than simply entertainment; they are facilitators. The students must learn the exercises properly, with or without an apparatus or prop, in order to enable their body to reflect the intent of each exercise. As Pilates would say, people must "get the method in their bodies".

Each piece of apparatus or prop has a unique repertoire of exercises that have evolved from Pilates' principles that were seen earlier in this book. The most common large scale apparatus seen in traditional Pilates studios is the Reformer, although also seen are such imposing pieces as the Cadillac, special Chairs, and a variety of Barrels. As well, for both fun and body-targeted purposes, you can now see an explosion of new and increasingly used props, such as the Magic Circle, elastic tubes and straps, foam rollers, small and large exercise balls, weights, and other inventive devices that are introduced in the following chapters.

Classical Pilates' instructors often teach exercises in an unvarying order, staying close to Pilates' original work. Generally, they also use equipment that is built to his original specifications. Most classically trained teachers will have studied the complete system of exercises and can generally trace their training back to Joseph Pilates through one of his proteges. Contemporary/modern Pilates breaks the method down into various parts and the order of the exercises varies from lesson to lesson with many changes made to the original exercises.

CrossFit Style Training
Life Fitness Elliptical - 3 Tips on How to Select the Best Elliptical Machine
Shake-Up Your Workouts With These Fitness Trends
Evolution of Pilates Training in the 21st Century
10 Ways to Improve the Height and Power of Your Kicks
Weight Training and Nutrition Periodization
Yoga Body, Yoga Spirit: Can We Have Both?
Zumba: Still Keeping People Fit Years After Its Inception 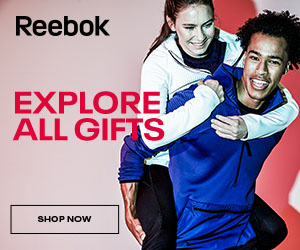